The Most Controversial Football Kits Ever 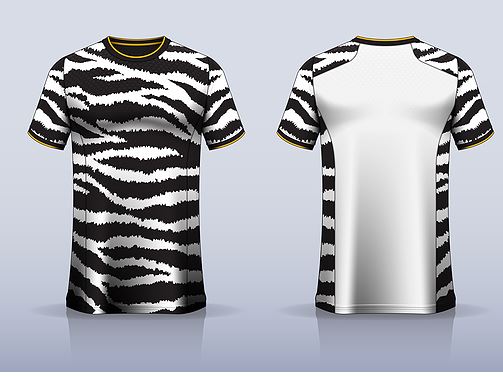 Football team kits are often beautiful in their simplicity, based on simple, primary colours and designs that have endured for generations.

However, not every shirt can be a winner, and some particular shirts have become so controversial that they are remembered long after the 11 players wearing them have left the pitch.

Here are some of the most controversial football kits ever.

Television Tuned To A Dead Channel

Manchester United have had their fair share of controversial kits, including this fascinating zebra kit from 2020/21 and pretty much every single goalkeeper jumper Peter Schmeichel ever wore.

Probably the most infamous kit, however, must be the cursed grey kit, worn for four and a half games, four of them being losses. In fact, all but two of the Grey Devils’ losses that year were adorned by this kit as the team romped to their third Premier League title.

Allegedly intended as leisurewear, the ghastly grey made it tough for players to see each other and manager Sir Alex Ferguson hated them so much that in an infamous loss to Southampton, he told the team to swap into a better (but still not great) blue and white kit.

Barcelona has been all over the news over the past year for all of the wrong reasons, the biggest of which was letting once-in-a-generation player Messi leave.

They almost wish for the days when the biggest controversy was allowing shirt sponsors to cover up the Catalan blue and red stripes.

Initially, the pill was easier to swallow when the sponsor was charities Unicef and Qatar Foundation. However, once commercial sponsors started taking up that centre space, fans were outraged.

La Hoya Lorca, a team currently in the fourth tier of Spanish Football, clearly meant well when they designed a shirt to celebrate the region’s reputation as “Spain’s vegetable garden”.

Unfortunately, an away kit that has a broccoli print is probably the most ridiculous way to celebrate your area’s agricultural heritage, and it regularly appears in lists of “worst shirts ever”.