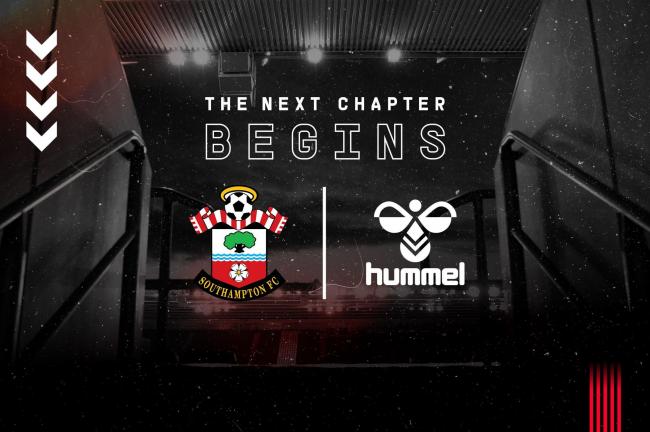 Southampton have announced a new five-year kit deal with iconic sportswear brand Hummel, as of July 2021.

The Danish company will design and develop match, training and travel wear across the club’s men’s, women’s and academy teams – along with a comprehensive retail offering.

Hummel’s brand featured on several Saints kits between 1987-1991, including the design introduced in the 1987-88 season which was based on Denmark’s 1986 World Cup shirts.

Saints chief commercial officer David Thomas said: “From the moment we first met the Hummel team it was obvious there was a great connection between us, not only because of our past history, but also because of the potential of what we could achieve together in the future.

“Hummel’s core mission of wanting to change the world through sport aligns perfectly with our disruptive approach to how we behave on and off the pitch.

“We hope these shared values will create a unique partnership that not only produces great kits for our players and fans but also redefines the positive impact two like-minded organisations can achieve together.”

The new deal means Saints will not use current kit manufacturer Under Armour as their supplier as of next season, having “mutually agreed” to end the partnership following “Under Armour’s shift in marketing strategies”.