Posted on 05th May 2021 by Alex Sharples in Blog. Tags: Umbro football teamwear. 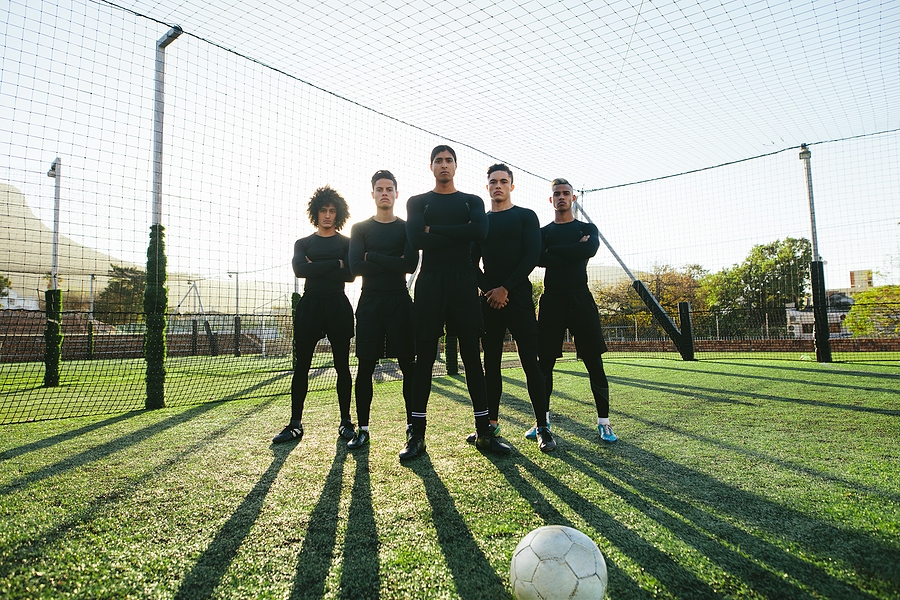 Powerleague, a 5-a-side football provider, has formed a partnership with Street Soccer London and mental health charity Campaign Against Living Miserably (CALM) to host a silent football match as part of their ‘Play To Talk’ campaign.

The Express and Star reports that the event aimed to highlight how the sport can bring people together and help them have difficult conversations when times are tough, both on and off the pitch. One of the players was former Aston Villa and England footballer Paul Merson, who spoke of his own struggles with mental health.

“Having taken part today, I know the Play To Talk event was really powerful,” he said.

“Playing football in silence is hard, it’s frustrating and it feels lonely. I think this experience mirrored what it can feel like in day-to-day life when we bottle up our feelings and worries. Talking to somebody helps.”

Over 40 players took part in the Plat To Talk event at the Powerleague Shoreditch site, playing the first half in complete silence, and the second half communicating as they normally would.

Play To Talk aims to encourage a culture across where people talk more openly, not only to their trusted teammates but also to those beyond the pitch, such as family members and friends.

5-a-side football is a safe haven for many, providing a sense of belonging and community, and has been recognised by organisations such as Street Soccer London and CALM as a means for people to form trusted friendships and to be able to talk openly about what they’re going through, rather than bottle it up.