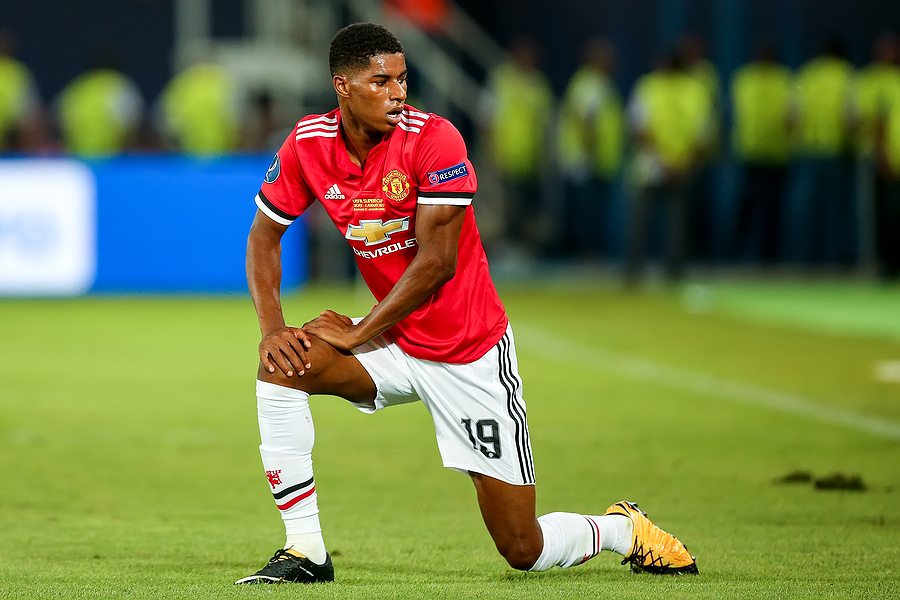 Manchester United forward Marcus Rashford could be set for a swift return to first team action after scoring twice in a closed-doors friendly against Blackburn Rovers.

The 23-year old made a successful first appearance on the pitch this season after getting the all-clear to resume training last week.

Rashford had struggled with a shoulder injury last season and had an operation on the problem following the European Championships.

The forward, who has become as famous for his off-field campaigns about school meals as he has for his exploits on it, missed a penalty in the shoot-out against Italy.

He suffered racial abuse online for this miss alongside team-mates Jadon Sancho and Bukaya Sakho, including the defacing of a mural of him in Manchester, but the local community rallied round to restore it and make it clear just how popular a public figure he is, especially in his home city.

Fans may want to respond to the imminent return of Rashford by visiting sports shops in Manchester and getting Manchester United shirts with his name on them.

Rashford will be targeting United’s next match away to Leicester City for a possible return to Premier League action, which could give the team a big boost after a difficult recent sequence of results that included a home defeat by Aston Villa and a draw against Everton.

The team also lost its first Champions League game 2-1 against Young Boys Berne, although they bounced back with a victory by the same score against Villareal at Old Trafford, thanks to a last minute Cristiano Ronaldo winner.

When Rashford does get to play alongside Ronaldo, it will be the first time they have done so. When the Portuguese superstar began his first spell for United in 2003, Rashford was aged just five.

However, Rashford scored more goals on his debut (two) than Ronaldo managed in his first season.