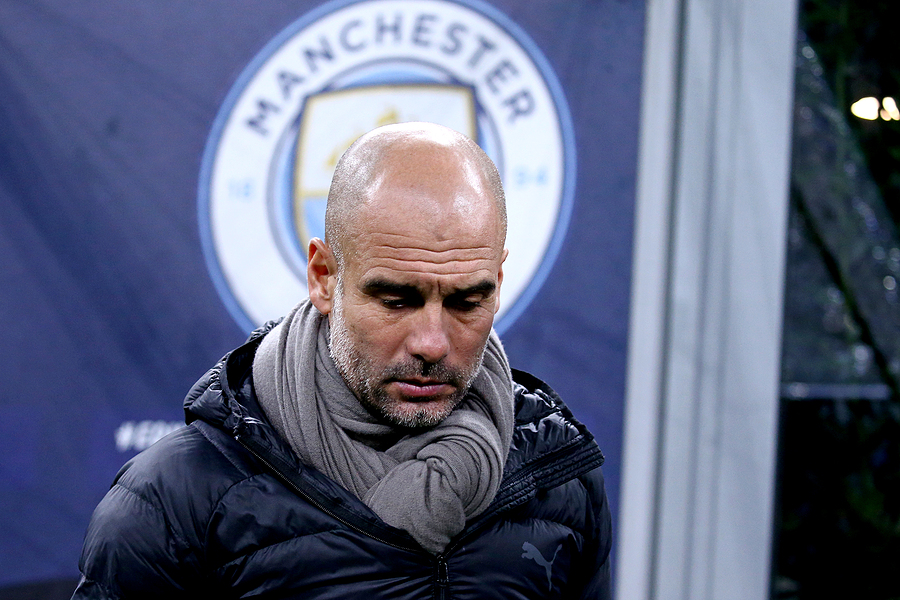 Manchester City can look forward to the quarter finals of the Champions League after all but guaranteeing their progression to the last eight with an emphatic 5-0 defeat of Sporting Club in Lisbon.

The Portuguese champions are a talented young team that qualified for the knock-out stage behind Ajax and ahead of Borussia Dortmund in their group, but they were given a rude awakening by Pep Guardiola’s men.

After Riyadh Mahrez had tapped in the first goal, Bernardo Silva scored a brilliant second with a superbly struck half volley as the ball dropped in the box.

Phil Foden took advantage of a defensive slip to score the third after craftily dummying the goalkeeper, before Silva completed an emphatic first half with a deflected shot.

Silva, one of three former Benfica players in the City side enjoying the night against their former rivals, looked to have completed a hat-trick early in the second half, only for VAR to rule out his header for offside.

Instead, it was Raheem Sterling who made it five with a fine curling shot. Sporting put some good moves together in the second half, but were unable to find a goal to provide a sliver of hope.

City fans may be keen to get down sports shops in Manchester to get their replica kits as the team progresses towards another League title, as well as furthering their ambitions of finally landing the Champions League.

Despite the scoreline, however, Guardiola was unhappy with his side’s passing. He said: “We have to take care of the ball better. One of the rules I have is when you have the ball try to pass to someone in the same T-shirt. Today we lost the ball many times.”

The other English side in action this week, Liverpool, enjoyed a fine result of their own in Milan, beating Inter 2-0 at the San Siro.