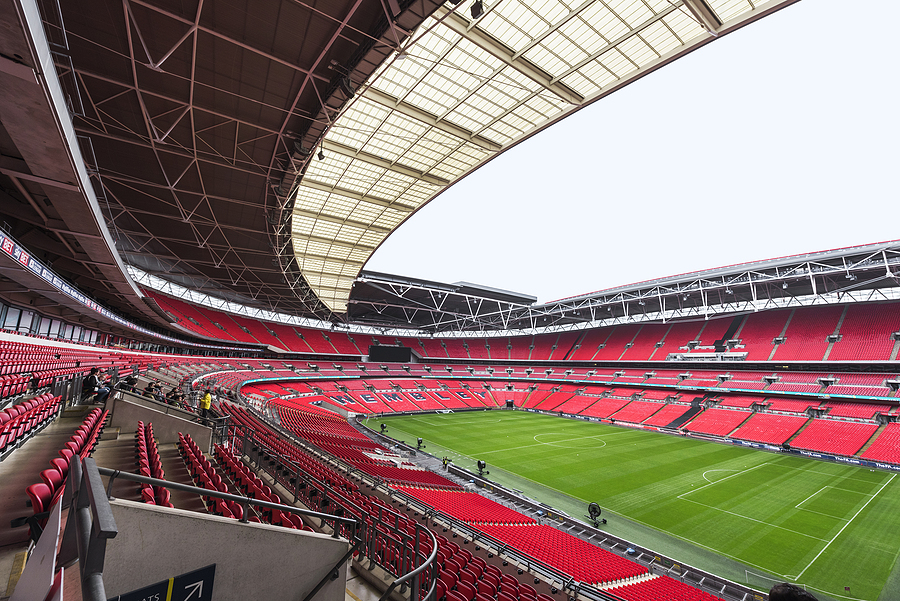 As punishment for the unrest at Wembley Stadium during the Euro 2020 final, England have been ordered to play one match behind closed doors by UEFA, which has also imposed a ban for a second game, suspended for two years.

According to the Guardian, the Football Association (FA) was also fined €100,000 (£84,560) for the ‘lack of order and discipline inside and around the stadium’ for the game.

“Although we are disappointed with the verdict, we acknowledge the outcome of this Uefa decision,” said the FA.

The ban is the first time the FA has received a punishment that has resulted in England having to play a home match behind closed doors.

On 11 July, as England took on and lost on penalties to Italy, England fans fought with stewards and police as they tried to gain entry into Wembley for the match, and hundreds of fans managed to get into the stadium without tickets, with many sat in areas reserved for players’ relatives.

England Defender Harry Maguire said that his father Alan suffered two broken ribs in the commotion before the game.

Manchester United defender Maguire later told of how his father was trampled after getting caught up in the stampede and was having breathing difficulties afterwards.

According to the Metropolitan Police, 51 arrests were made in connection to the trouble at the Euro 2020 Final, with 26 of those arrests made at Wembley.

“We condemn the terrible behaviour of the individuals who caused the disgraceful scenes in and around Wembley Stadium at the Euro 2020 final, and we deeply regret that some of them were able to enter the stadium,” added the FA.

The ban will be in place for England’s next home game in a UEFA competition, which will be in the Nations League next June.

According to UEFA, the fines related to ‘the lack of order and discipline inside and around the stadium, for the invasion of the field of play, for the throwing of objects and the disturbances during the national anthems’ at the Euro 2020 final.